3
Within a week or so I found myself stood outside Higham’s Park tube station, filming Faiza’s first piece to camera thinking, ‘Wow, I’m finally working on something that I’m excited about again!’

Having spent several years working at various production companies, I decided to take the leap and finally go freelance, so that I could focus my efforts working on things that mattered to me.

I emailed Faiza Shaheen June 2019, offering my video services to her fantastic campaign. I’d followed her in the media and knew she’d be someone I could fully support. I lived in Walthamstow at the time, next door to her constituency of Chingford and Woodford Green. She was fighting one of the worst Tory MP’s around, Iain Duncan Smith (IDS), to represent the area. When she replied and suggested meeting for a coffee with her Campaign Manager, I was thrilled.

We got on straightaway as she was so down to earth and, more importantly, exactly how you’d imagine her to be in real life. Politically she passionately meant every word she said, and I could tell we were singing from the same sheet.

Within a week or so I found myself stood outside Higham’s Park tube station, filming Faiza’s first piece to camera thinking, ‘Wow, I’m finally working on something that I’m excited about again!’.

Over the next few months me and Faiza made a whole host of films together for her social media output; looking at a range of local issues around Chingford and Woodford Green, as well as the biggest issue of that time, Brexit.

Right from the off I knew I was working with a true pro. She wrote her own scripts and had lots of ideas on what/where to film, so when I came to the edit it was super quick to piece it all together.

Faiza then introduced me to Jack Bond, Jeremy Corbyn’s Social Media Manager, and within a few short days I was hired to work full time as part of Labour’s 2019 General Election team of filmmakers. My dream job had happened so naturally and in such a whirlwind all thanks to Faiza, but it took me a while to catch up with myself and realise what was happening!

I worked on Labour’s campaign for 6 fantastic weeks, travelling the country filming not only with Jeremy but many of the shadow cabinet. I’ll write about this in a separate blog post.

When I started working for Labour full time on November 6th 2019, I knew I still had to produce Faiza’s main campaign film for the General Election. It wouldn’t have been fair to forget all that she had done for me, and more than anything I wanted to do all I could to help her win her seat in Parliament. We’d become good friends and to help her campaign in any small way would be an honour.

The plan was to shoot some new b roll as well as a new voiceover (VO) over a couple of days, which would sit around a lot of the b-roll we already had from the previous films we’d made together.

Faiza wrote the VO at home and recorded it on her phone with a jacket over her head, to dull any potential echo (a tried but tested technique!). Once she sent me her VO, I listened to it once and genuinely knew it was something special. I rushed upstairs to my computer and immediately plonked it onto the timeline. I had already chosen a few music tracks that I thought would fit, and soon had her powerful VO spread out on the timeline with the perfect music track. I’ve never been so excited to have a music track and VO together before, and this is before I’d put a single camera shot on the timeline. Every line Faiza said in the VO, I could already imagine what we’d see at each point.

I called downstairs and got my fiancé, Hayley, to come up and listen to it. As we both listened to it, all the months of footage were playing in my head, like a cinema. Faiza’s VO came from the heart and when someone speaks like that, you can’t help but be engaged emotionally. She was a local girl fighting to represent the area she grew up, and there’d be no one better for the job. As me and Hayley reached the end of the timeline that I’d hurriedly put together, we cried our eyes out. We felt every word she’d said.

Whilst working on Corbyn’s team, I’d fit in the odd day here and there where I could work on Faiza’s edit. It came together really quickly. It was Faiza’s idea to use photos from her childhood and early adult life in the film. This immediately gave the film another level of authenticity and I knew it would resonate with voters. The film hit 1 million views on Faiza’s twitter account over the course of the election – even Stormzy shared it which gave it lots of exposure. On a personal level it was mind-blowing, and I was super proud to have been a part of it.

At the last election IDS had won by about two and half thousand votes. As election night came everyone involved with Faiza’s campaign was quietly confident she’d win – it would be close, but she’d win. IDS doesn’t even live there and his social media films consisted of him getting a train (or more likely a private limo) to Chingford, standing outside the station and saying something into a mobile phone for 30 seconds, then getting back on the train and back to his home in Buckinghamshire – where he actually lived. Alas, events outside of Faiza’s campaign took their toll and she narrowed IDS’s majority, but he won by one and a half thousand votes. It hurt us – a lot.

Having been so involved with Faiza’s campaign, it was a bitter pill to swallow. Labour’s overall result nationally was incredibly painful, but it was almost even more painful for Faiza’s loss. She’d worked so hard, knocked on every door, she is loved in her area and the numbers of people knocking on doors on her behalf showed that.

Me and Faiza remain friends to this day and believe me when I say it isn’t the last we’ll see of Faiza. 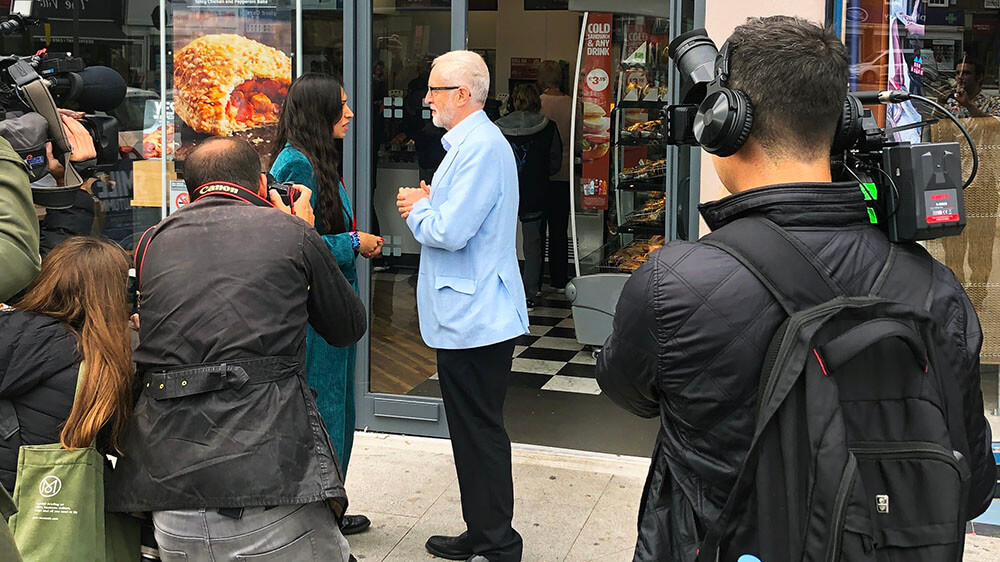